Case Studies
To advance learning on leadership and organizational transformation, Leadership for a Networked World, along with its various partners, develop case studies that exemplify the complex and real-world challenges and opportunities in moving to improved outcomes and impact. 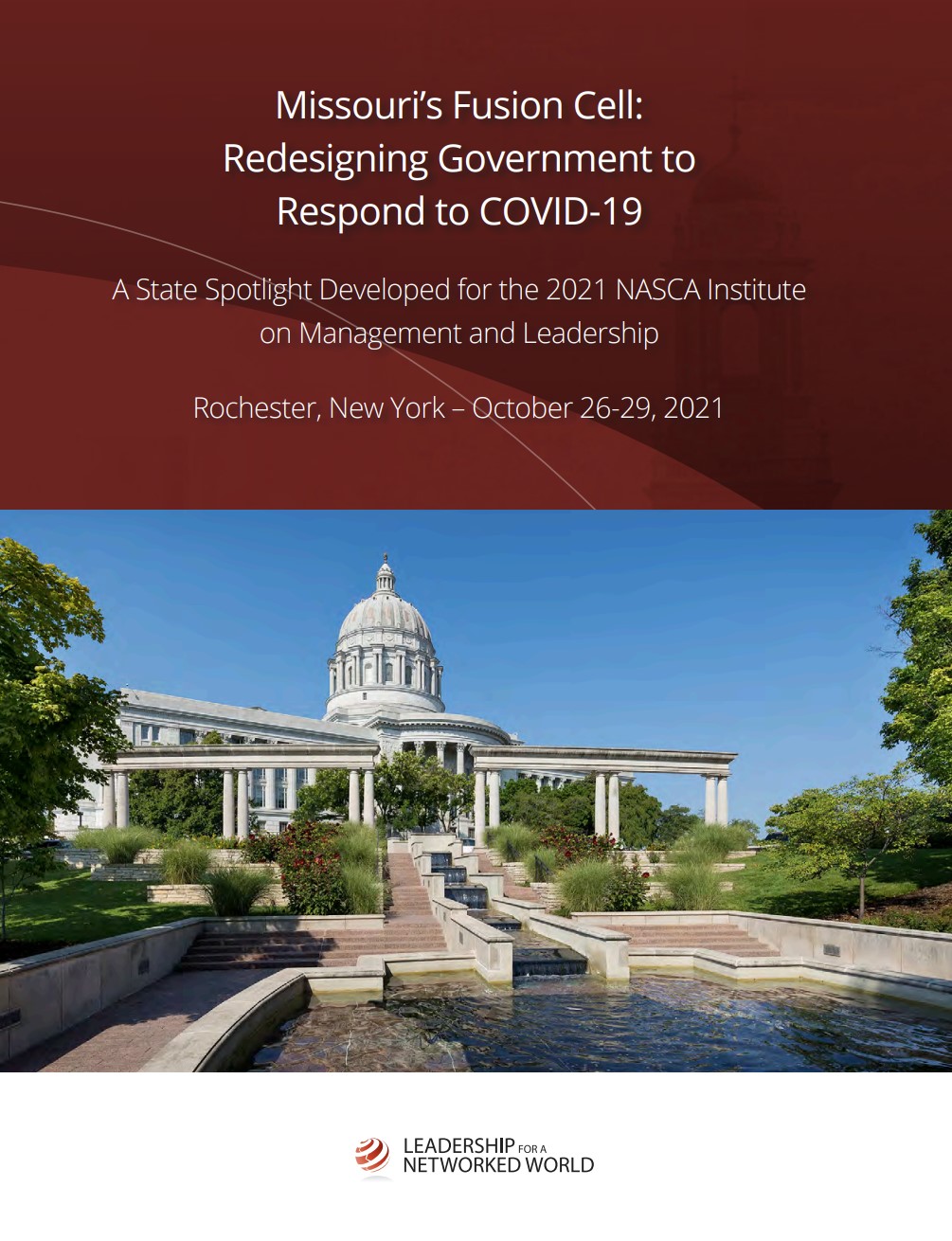 In 2019, Missouri’s 16 separate, hierarchical, state agencies were not well-equipped for the complex set of challenges that the COVID-19 pandemic would present. Drawing inspiration from General Stanley McChrystal’s ‘team of teams’ model, Missouri set-up a Fusion Cell to mobilize resources and breakdown traditional silos to effectively address the scale, scope, and complexity of the pandemic. This state spotlight examines their approach to bringing together a diverse set of experts to collaborate. It considers steps they took to make data-driven decisions, empower people to take on new tasks, and increase transparency, accountability, and agility. It also explores cross-governmental information sharing, communication, and decision-making structures. 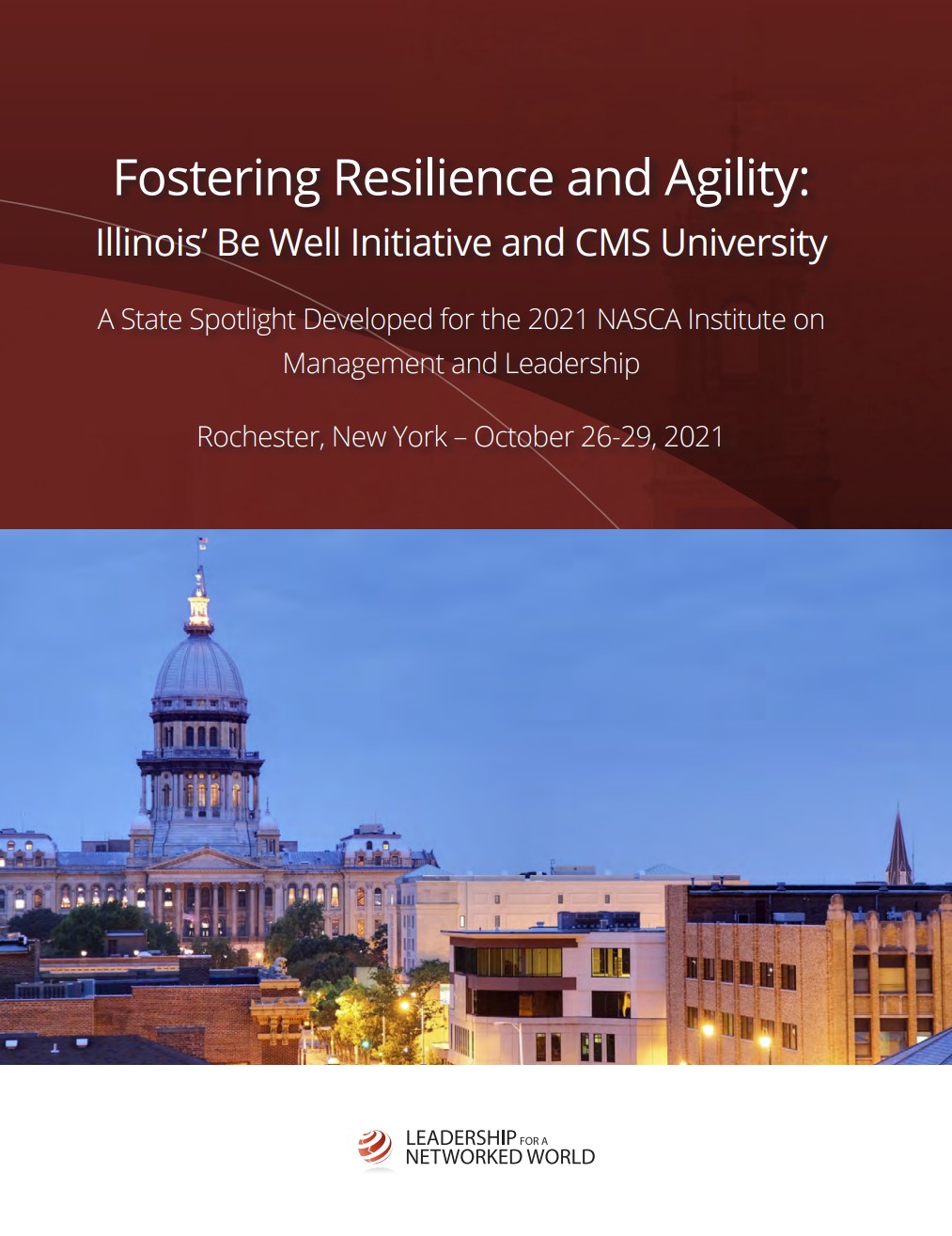 In late 2019 and early 2020, Illinois’ Central Management Services (CMS) launched two innovative initiatives to foster employees’ resilience and agility. Be Well Illinois is a wellness program designed to address the physical, mental, and financial health needs of more than 440,000 State employees, retirees, and their dependents. CMS University is a web portal that provides continuing education and resources that are specifically curated for CMS staff. This state spotlight examines the creation of these initiatives and the leadership challenges and opportunities that emerged as they developed. It explores strategies to support employees’ mental health and wellness, the role of leaders in advancing diversity, equity, and inclusion, and building resilient and agile organizations. 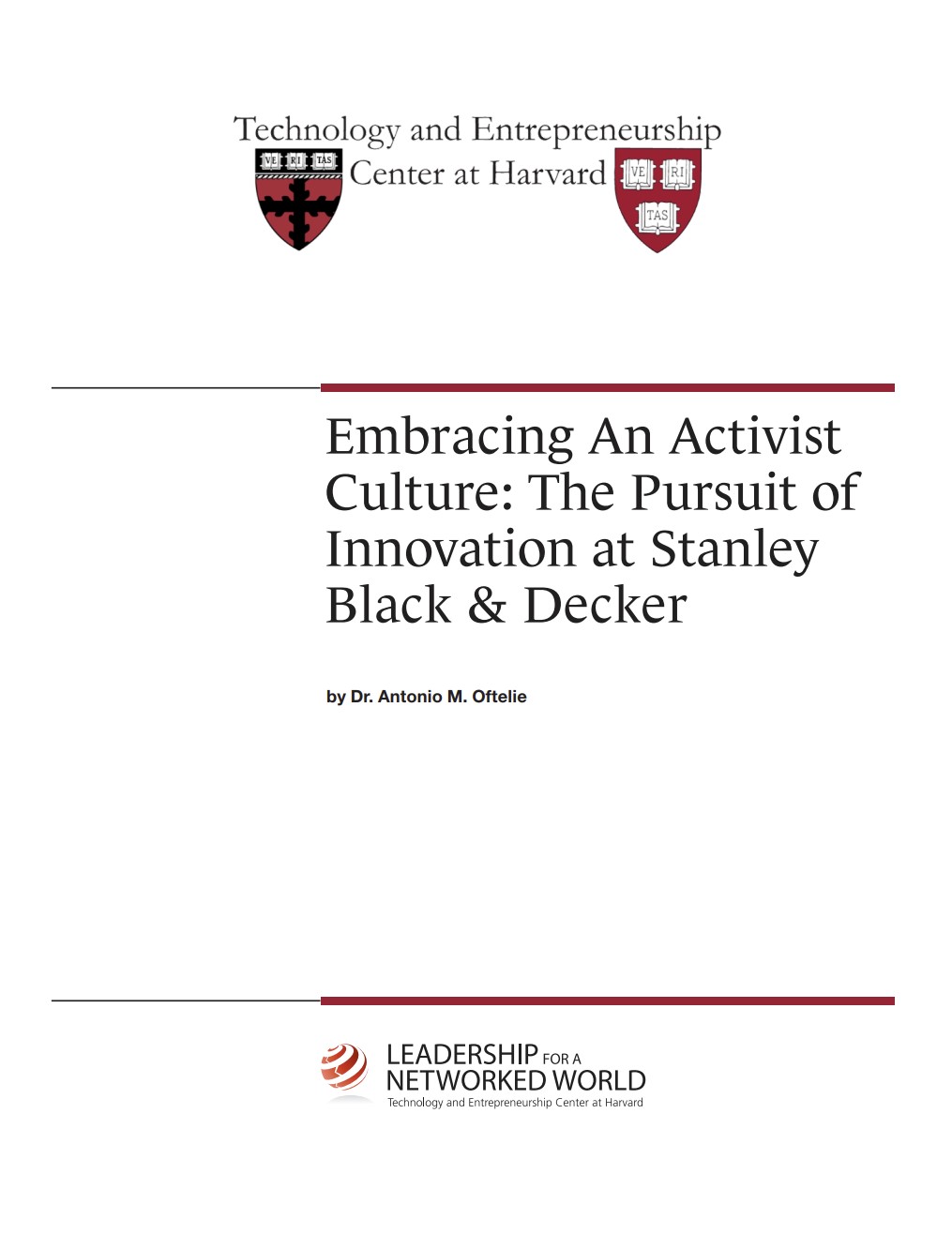 Embracing an Activist Culture: The Pursuit of Innovation at Stanley Black & Decker

Jim Loree shut the boardroom doors and took a deep breath. It was August 2016, and he had just been elevated to CEO of Stanley Black & Decker (SBD). While reaching this pinnacle was an achievement, Loree realized it was just the start to a new, and perhaps more challenging journey of leading SBD through a turbulent and uncertain world. “We’re going to be catapulted into a moment in time when the ability of society to absorb the pace of technological change is going to really be tested,” Loree reflected, “and it’s going to create chaos.” Compounding the difficulties posed by this rapid technological change was a growing set of social issues, such as climate change and income inequality, that, from Loree’s perspective, governments were struggling “to attack effectively or collectively.”

This challenging landscape led Loree to confront two questions that would shape SBD’s future. The first was, “What is the amalgam of things that we have to focus on in order to be successful in this timeframe?” The second followed closely from the first: “What is going to be my legacy as I lead this company into the future?”

In this case study, learn how Jim Loree, Don Allan, Executive Vice President and CFO of Stanley Black & Decker, and their executive team pursued an activist culture with SBD, and translated that into structured experimentation, innovation, and transformation which not only kept them in front of disruption, but also enabled them to lead the industry in outcomes and value. 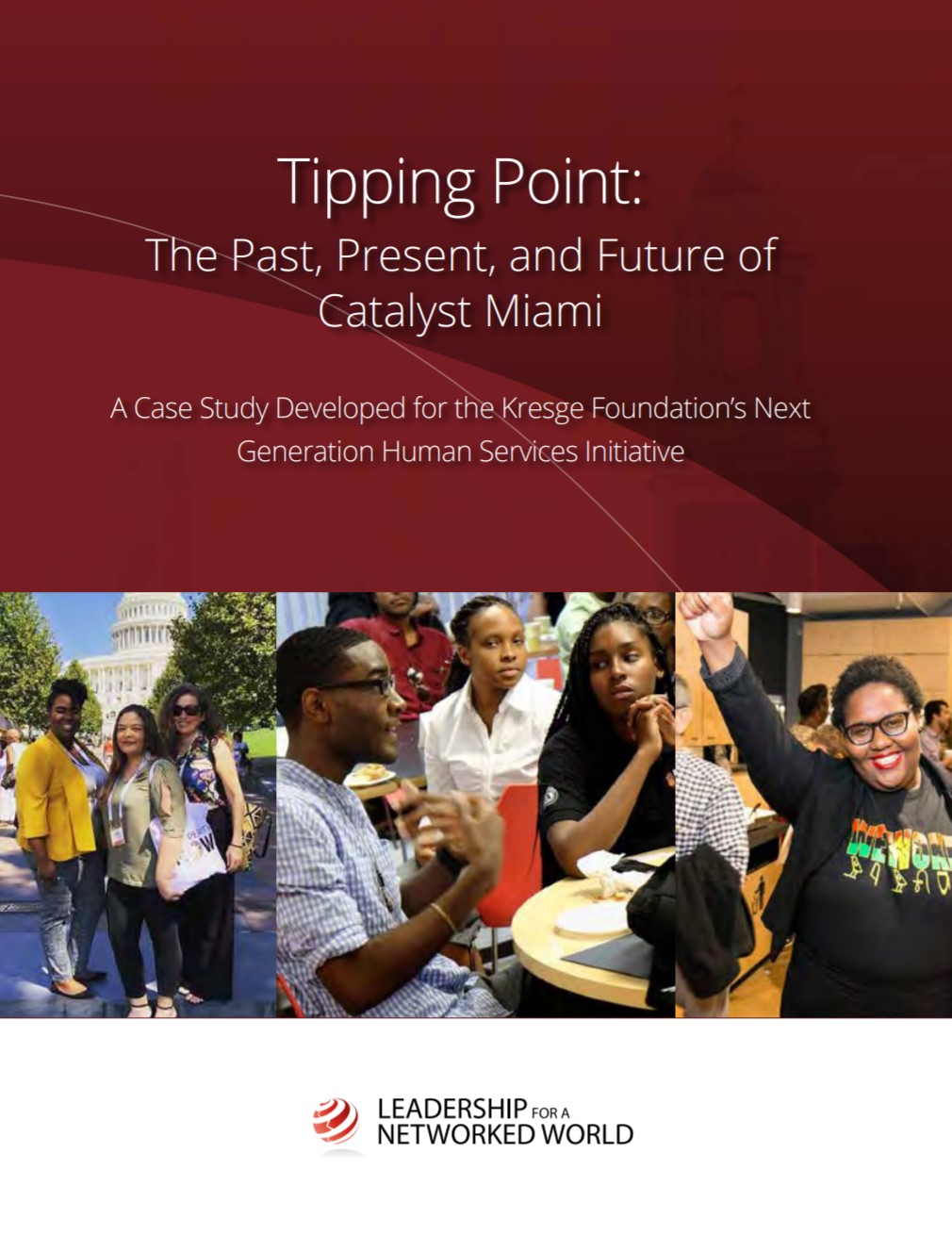 Tipping Point: The Past, Present, and Future of Catalyst Miami

Founded in 1995, Catalyst Miami had a multi-pronged strategy to build capacity and resilience and advance social and economic mobility in low-wealth communities in Miami-Dade County. In 2017, in the midst of their strategic planning process, the organization faced a changing landscape and an important pivot point. In October of that year, Hurricane Irma avoided making a direct hit in Miami but triggered extensive evacuations and caused widespread flooding, power outages, and transportation issues that resulted in many people missing work for weeks. Tens of thousands of people living in Miami lined up outside local parks in sweltering heat, hoping to access post-disaster food stamps. This crisis highlighted the threat that climate change posed to Miami-Dade County’s low-wealth communities, the number of people combatting financial insecurity, and the need for an organization like Catalyst Miami. 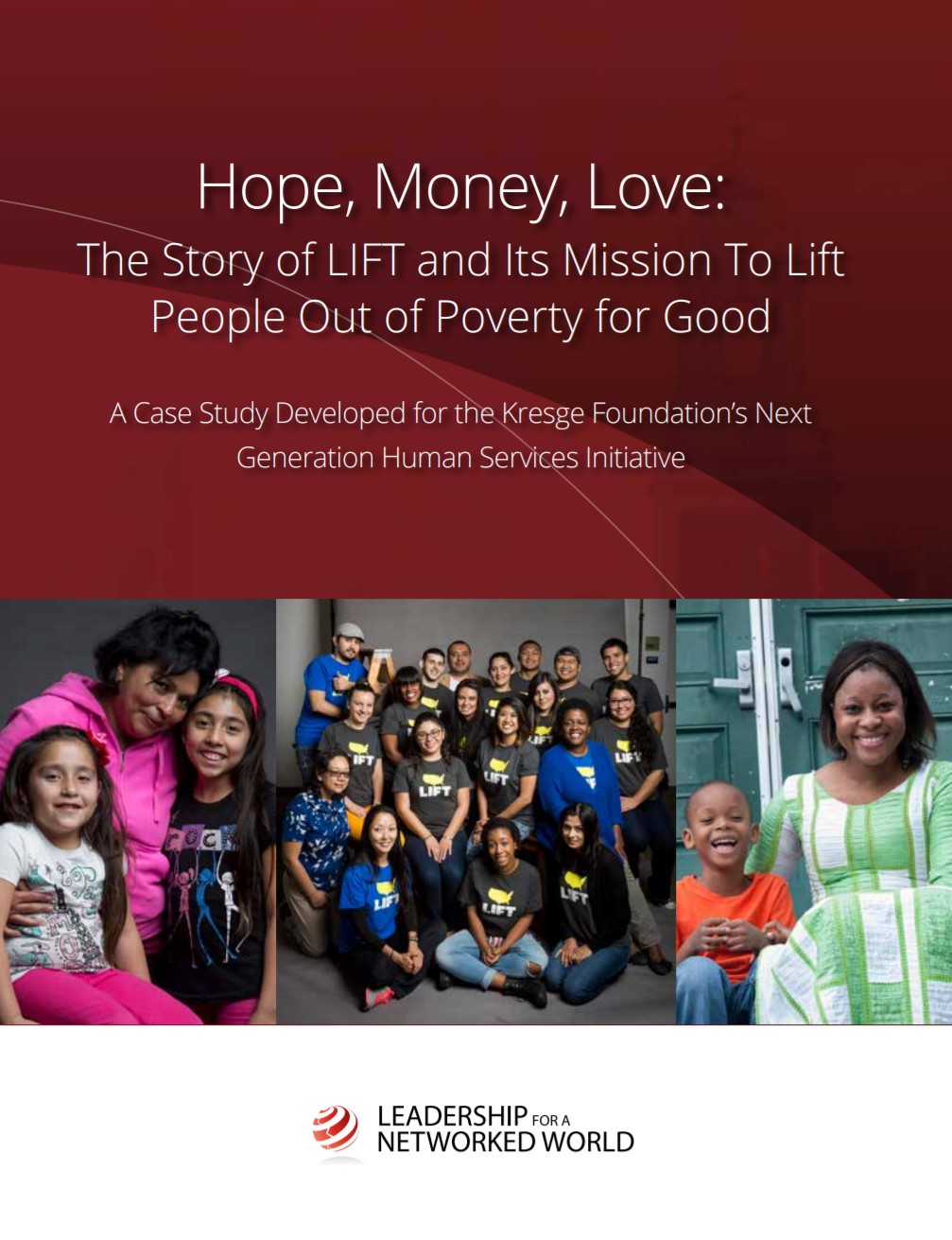 Hope, Money, Love: The Story of LIFT and Its Mission To Lift People Out of Poverty for Good

Late one evening in January 2015, LIFT Founder and CEO Kirsten Lodal had just delivered a speech arguing that the organization was falling short of its mission of lifting people out of poverty permanently. From Lodal’s perspective, LIFT was largely serving as a safety net for people in crisis, helping to make poverty more bearable for the majority of those who walked through its doors. What LIFT needed to be instead was a sustainable springboard out of poverty. Lodal, and LIFT’s new CEO Michelle Rhone-Collins, believed LIFT needed to employ a two-generation approach and narrow its target population specifically to parents with young children to help people exit poverty for good. This would position them to break the cycle of intergenerational poverty at the transmission point.

This critical pivot marked the beginning of a multiyear transformation during which LIFT dramatically revamped its focus on racial equity, two-generation solutions, and building an ecosystem to achieve their vision. Along the way, Lodal, Rhone-Collins, and the leadership team grappled with challenging questions related to redesigning the organizational structures and culture, refining their outcome measures, and realizing a major transformation in value. 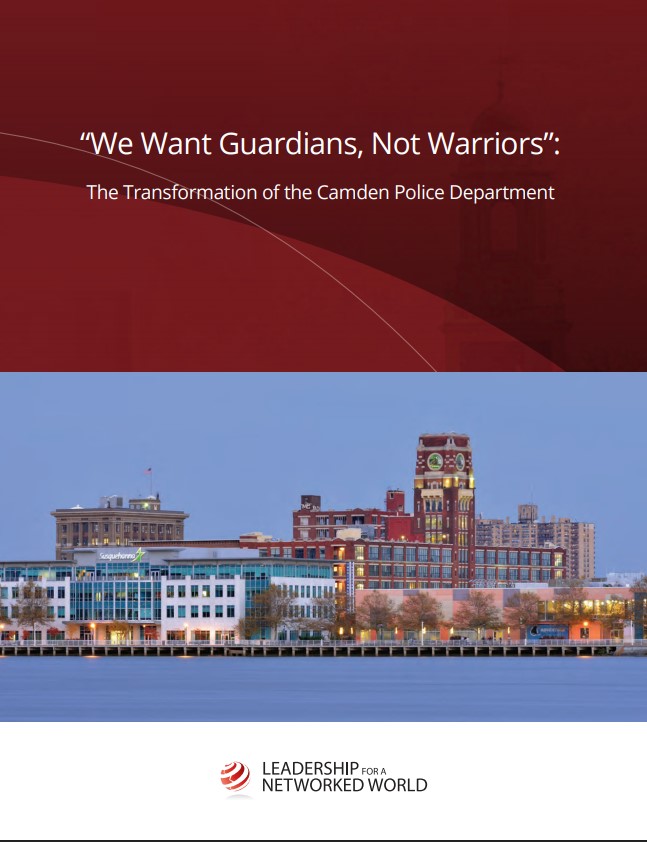 We Want Guardians, Not Warriors: The Transformation of the Camden Police Department

In 2008, when Scott Thomson became the Chief of the Camden Police Department, he faced an extraordinarily challenging situation. To begin with, he was taking over a police department that was tasked with ensuring safety in a municipality that was consistently rated one of the most dangerous cities in the country. Complicating matters further, he was leading an organization beleaguered by corruption, a lethargic culture, and extremely tense relations with the community (especially people of color). And as if that was not enough, Thomson, the youngest chief in the department’s history, was the department’s sixth leader in the past five years.

“We Want Guardians, Not Warriors: The Transformation of the Camden Police Department” tells the story of how Thomson completely reshaped policing in Camden, New Jersey. After initially providing the backstory of how New Jersey Attorney General Anne Milgram turned to Thomson to lead the organization, the case traces how Thomson stood up to recalcitrant union leadership, strengthened ties and built trust with the community, and effected a culture change within the rank-and-file. It then explores another transcendent moment: how in 2011, after the department lost 46 percent of its personnel in a single day amid budget cuts, Thomson stood up an entirely new organization, the Camden County Police Department. Within this new setup, the chief made a point to recruit a more inclusive force, continued to implement cultural change and prize community engagement, and leveraged innovative technology to become more efficient.

The end result was that, in 2019, when Thomson retired as chief, the Camden County Police Department was seen as one of the most innovative and community-oriented policing organizations in the country. Under Thomson’s leadership, crime had dropped significantly, the police department’s relationship with the community had dramatically improved, and the organization had even received a visit from President Barack Obama in 2015 to highlight its successes. 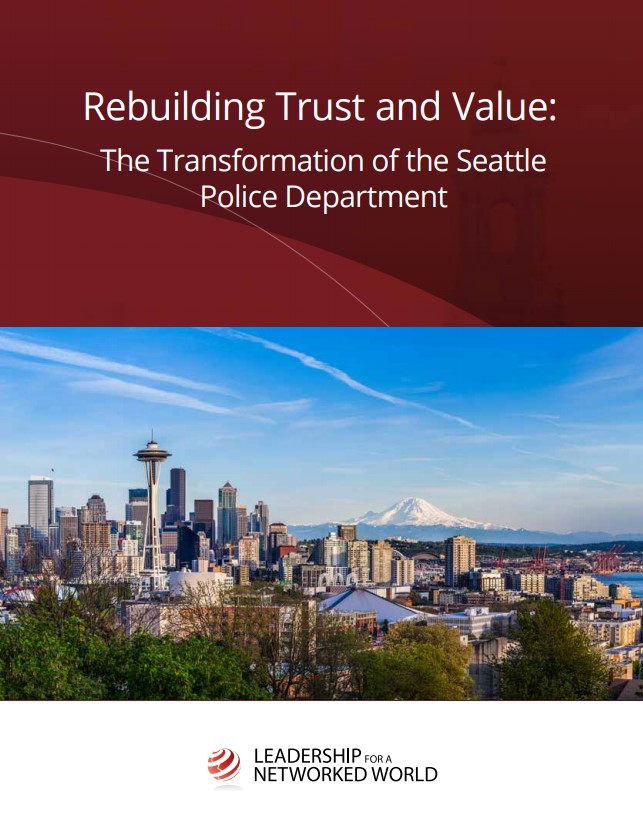 Rebuilding Trust and Value: The Transformation of the Seattle Police Department

In June 2014, when Kathleen O’Toole became the Chief of the Seattle Police Department, she faced challenges on multiple levels. To begin with, she was taking the reins of an organization that was desperately in need of change. SPD had recently reached a settlement with the U.S. Department of Justice (DOJ) that had resulted in a court-ordered consent decree. In addition, even though O’Toole was a highly accomplished police leader who had led organizational transformations on multiple continents, she was an outsider in Seattle. She would therefore have to build up trust within SPD and the community. Finally, the organization itself was languishing from lethargy. The new chief discovered this at an early meeting when she asked precinct captains how SPD was doing with crime, and they responded, “Pretty good – we think.”

“Rebuilding Trust and Value: The Transformation of The Seattle Police Department” tells the story of how O’Toole navigated these multifaceted challenges and led the successful remaking of SPD. Initially, she focused on building relationships with the community, creating a leadership team that blended internal and external perspectives, and taking a variety of steps to effect a cultural shift. Having laid that foundation, O’Toole then found ways to generate new value by introducing revamped systems, processes, and technologies, especially as it related to data analytics. Finally, she concluded her tenure by ensuring that the reforms she had implemented would be sustained, most notably by working closely with DOJ and other leaders in an attempt to move the consent decree toward resolution.

By December 2017, when O’Toole announced that she would step down at the end of the calendar year, she had made an enormous impact on SPD and the community. Under her leadership, the city had consistently received high marks for its progress in meeting the requirements of the consent decree. SPD had also made significant progress on a variety of performance indicators, including decreasing the average response time to life-threatening incidents, enhancing the organization’s capacity to identify and respond to people in crisis and hate crimes, and curtailing officer’s use-of-force. 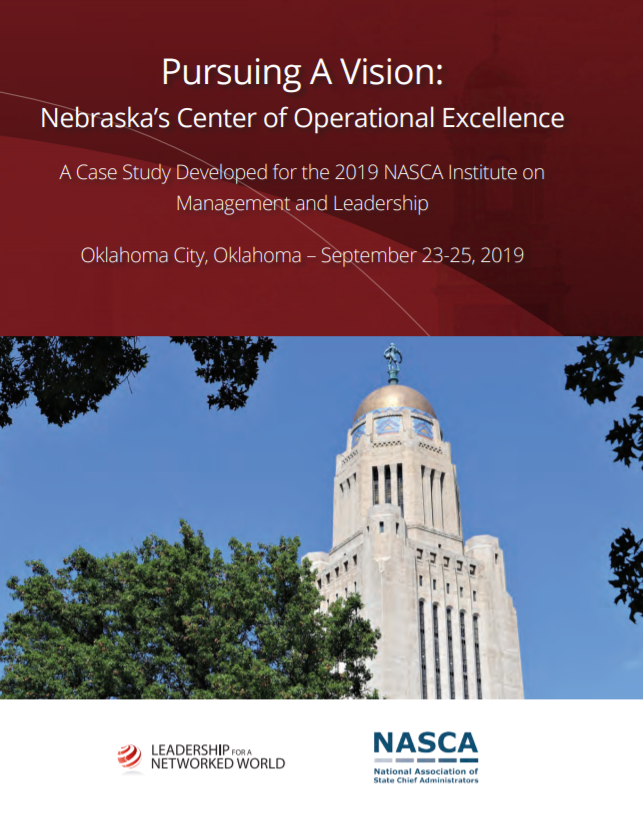 Early in his tenure, Nebraska Governor Pete Ricketts established process improvement as a key strategy to “create a more effective, more efficient, and more customer-focused state government.” To achieve this, state leaders first evaluated state models from around the country to help introduce more sustainable change that would help grow Nebraska. This led to the launch of a Center of Operational Excellence (COE) within the Department of Administrative Services, which has already trained over 12,000 employees, completed over 245 projects, saved over 290,000 verifiable hours, and had a significant impact on services to Nebraska’s citizens. This case study examines these efforts, and steps COE took to establish a new operating model, hire and train new staff, generate buy-in, and navigate competing priorities. It also examines how the team aligned political actors, fostered a collaborative atmosphere working across agencies, measured progress and public value, brought innovations to scale, and put structures in place to sustain progress. 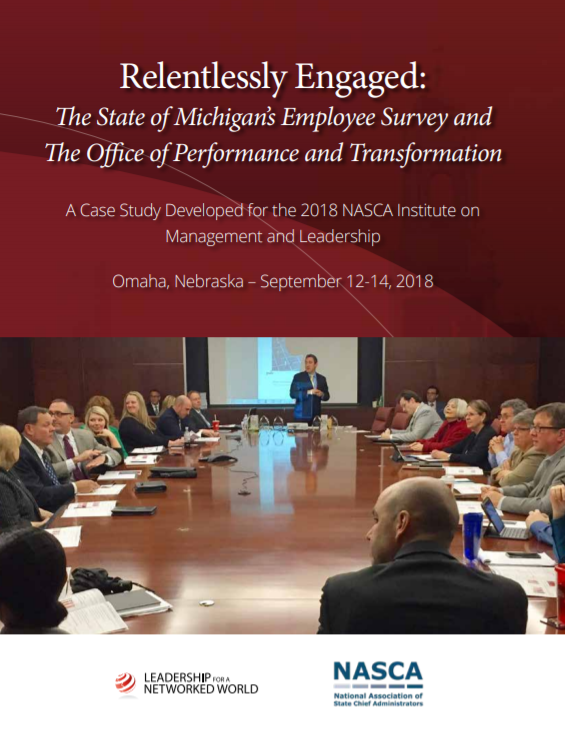 Relentlessly Engaged: The State of Michigan's Employee Survey and the Office of Performance and Transformation

In 2011, recently elected Michigan Governor Rick Snyder took office and decided to place a major emphasis on employee engagement, training, and professional development. To that end, the State of Michigan partnered with PricewaterhouseCoopers (PwC) to launch an employee engagement survey. This, in turn, led to strategic planning processes in agencies across the state as well as the creation of leadership and management development programs, employee recognition programs, and new surveys (including the Department of Technology, Management, and Budget’s agency Customer Satisfaction Survey). This case study examines these efforts. It studies the new Office of Performance and Transformation, which emerged in part from this initiative and took up the mantle on employee engagement, performance management, LEAN Process improvement, and Regulatory Reinvention across state government. 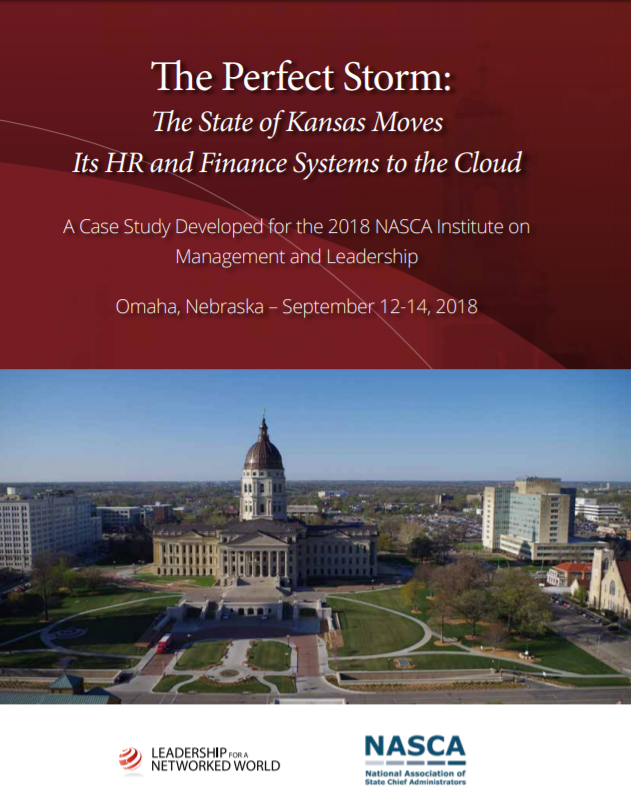 The Perfect Storm: The State of Kansas Moves Its HR and Finance Systems to the Cloud

In 2014, the State of Kansas faced a perfect storm of aging infrastructure, budget constraints and challenges with recruiting and retaining technical resources. This case study examines how Kansas responded and became the first state to host Statewide Oracle/PeopleSoft Human Capital Management and Financial applications in a private managed cloud. It reflects on their approach to upgrading these systems in a timely and cost-efficient manner by creating a cross-departmental team and partnering with a third-party vendor. In addition, it examines how Kansas maintained momentum during gubernatorial change, including the succession by the Lieutenant Governor when Governor Brownback was confirmed as the United States Ambassador-at-Large for International Religious Freedom, and preparations for another election in November.

© 2023 Leadership for a Networked World. All Rights Reserved.